We do LARGE groups. 1000 here at
Harvard Business school with a staff of 23 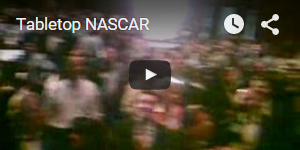 Several QR clue samples. As they hunt around the Book Cadillac in Detroit, folks had to dart outside in January for a clue. THEY LOVED IT!

Another QR for our hunt in a major Metropolitan Museum. Ha ha.
With my mentor, Bjorn Kjellstrom, Swedish father of American Orienteering, inventor of the Silva compass (first protractor-based and liquid-filled, in 1933) and my friend.

1990 at Clear Lake Scout Camp for the US Orienteering Meet we both produced.

Running with world famous ultra-runner, Scott Jurek, as he passed through my area on his way to beat the record of running the Appalachian Trail (2160 miles in 46 days, 8 hours and 7 minutes!)

While this is an individual attempt, the team surrounding him is all focused on the goal. I was particularly impressed on the crew’s closeness and adaptability to changes along the way (injuries, weather, crowds, etc.) Lots of team building lessons to be learned here.